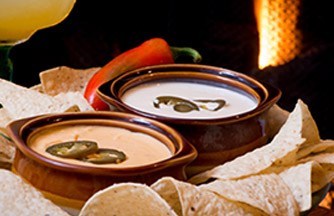 Milk and white cheese make a delicious creamy combination. For depth we add a little spice. 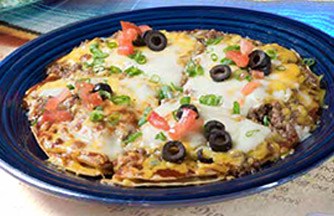 Shredded breast of chicken seasoned and rolled in flour tortillas and lightly fried. Topped with sour cream and jalapeño peppers. Served with a side of Pancho’s taco sauce for dipping

Fresh guacamole served on lettuce with tomatoes and sour cream. 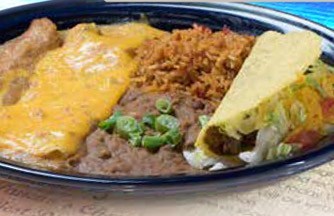 A large flour tortilla filled with steak or chicken, cheese, sour cream, onions and then grilled. Garnished and served with Mexican rice or refried beans

One beef burrito, one beef taco, one beef enchilada, and a Pancho verde

One beef taco, one cheese and onion enchilada and one bean tostada

One cheese and onion enchilada, one beef taco, one tamale with gravy, Mexican rice or refried beans 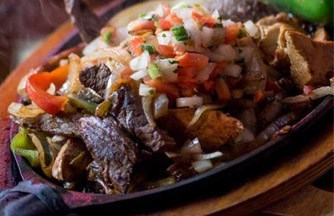 Served with cheese, fresh lettuce, sliced tomato and a side of pineapple and fries

Smothered in our awesome homemade chili, cheddar cheese and served with fries 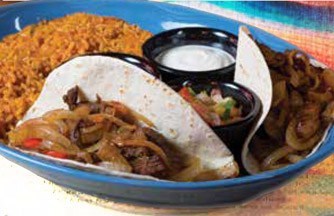 We will roll two fajitas for you! Steak, chicken or a combination of both. Served with Mexicanrice or refried beans, sour cream, pico de gallo and Pancho’s taco sauce

We dunk two tamales in chili, cover with cheddar and white cheese and serve with Mexican rice

Our homemade chili is delicious!!! Made with Pancho’s secret spice

A rich fudge brownie heated and topped with vanilla ice cream, whipped cream and a cherry

A bowl of French vanilla

Vanilla ice cream covered with corn flake crumbs topped with your choice of chocolate, strawberry or caramel topping. Garnished with whipped cream and a cherry. Served in a cinnamon crisp

A popular Mexican dessert. Homemade custard served with whipped cream and a cherry

A blend of real strawberries, grenadine and ice

Wine By The Glass

In the old Spanish tradition, this homemade drink blends full-bodied burgundy with fresh fruit juices. A colorful companion to any meal.

Pancho’s own recipe for adventure. Icy-cold, true Mexican spirits stir under a salty rim. Your choice of the traditional lime flavor, peach or strawberry served frozen or on the rocks.

Discover the gold. Made with Jose Cuervo Gold tequila.

Regular, Gold or Top Shelf. Frozen or on the rocks. This sizeable margarita is all of 45 ounces. Whew! You can order in Pancho’s traditional lime, peach or strawberry.

The original tequila shot. Pure and potent. Served with lime and salt. You need two hands for this.

Served from 11:00 am – 3:00 pm
Each Fiesta Lunch is served with Mexican rice or refried beans.

All entrees come with a complimentary serving of Pancho’s FAMOUS CHEESE DIP.
You can get an additional serving for 99¢